Our Biggest Competition Ever, Don’t Miss Out!

From January to March, we’re giving 3 lucky customers a month the chance to win a range of fantastic prizes, ranging from Gold, Silver and Bronze.

So, how do I qualify?

Simply enter by filling in the below Competition Entry Form and purchasing any products from Premier Roof Systems. We will then work this out on a points system basis (£1 spent will equal 1 point); gain 1000 points and one entry will be put forward – it’s as simple as that!

END_OF_DOCUMENT_TOKEN_TO_BE_REPLACED Growth going through the roof

Developments in both products and personnel have led one local firm to grow its turnover by 50 per cent.

Founded in 2011, Premier Roof Systems, which makes, supplies and installs conservatories, orangeries, home extensions, roofs, rooflights, windows and doors, has augmented its team with the appointment of two key individuals to handle demand for its latest product offering.

Gary Lumby MBE has joined the company as non-executive director, with Ashley Fox being appointed technical sales manager. Both will be instrumental in the ongoing expansion of the firm, which includes a new partnership with Ultraframe.

END_OF_DOCUMENT_TOKEN_TO_BE_REPLACED Premier Roof Systems will be closed over the Christmas period from Friday 20th December and will re-open on the 6th January 2020 at 8:00am. Please find below our latest ordering dates to ensure deliveries before Christmas. Normal lead times apply. Any orders received after these dates will be delivered in the New Year, on your normal delivery day, as specified below.

END_OF_DOCUMENT_TOKEN_TO_BE_REPLACED After announcing a record quarter following year-on-year growth, Premier Roof Systems (PRS) is recruiting more employees. Although accelerated growth brings its own challenges, PRS is looking forward to building on this year’s success.

The Jarrow-based business is also pleased to announce the appointment of its first NED, Gary Lumby MBE has an extensive portfolio of NED clients across the UK and Gary will help guide the management team of  PRS in its next phase of accelerated growth.

END_OF_DOCUMENT_TOKEN_TO_BE_REPLACED 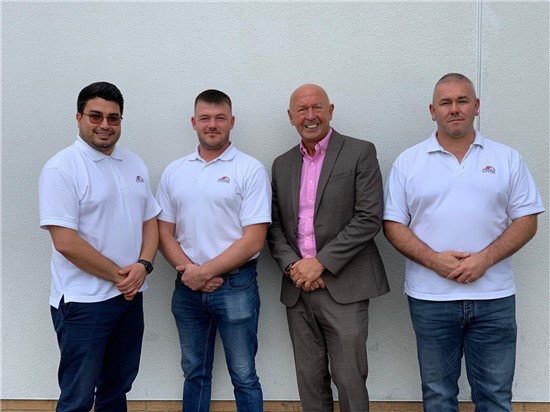 From the boxing ring to the ‘Premier’ league

And it wasn’t just a great idea, it was a knock-out…

END_OF_DOCUMENT_TOKEN_TO_BE_REPLACED 4 Tips for Buying a New Home

Buying a new home, especially for the first time can be an intimidating experience for anyone. After all, it’s one of the largest expenses you will ever make in your life which means it’s even more crucial you think carefully about what it is you really want in a property. You may have concerns about finances, whether you’ll find a property in a suitable area, and whether you should sell your existing home before moving out.
END_OF_DOCUMENT_TOKEN_TO_BE_REPLACED SME News Announces the Winners of the 2019 Northern Enterprise Awards

The 2019 Northern Enterprise Awards celebrates the industriousness and dedication of the businesses and enterprises hailing from the north of England.

Boasting bustling ports, a vibrant culture for media and the arts and venues of incredible natural beauty, northern England has proven to be an attractive region for a variety of businesses from traditional industries to cutting-edge enterprises; and all are welcome to compete for the chance to be recognised as the best within their sector, market or industry.

END_OF_DOCUMENT_TOKEN_TO_BE_REPLACED If you’re about to have new windows fitted in your home, it’s important to know what to expect when your installers arrive. Our uPVC Window Installation Guide is for curious customers interested in the process…

At Premier Roof Systems, we have designed, manufactured, supplied and installed all kinds of high-performance glazing systems for both residential and commercial properties.

From roof lanterns to standard replacement windows, the most fundamental aspect of any window system is how well it’s fitted. It’s no good having the latest technological advances built into a unit if it’s not fitted properly!

So if you’re interested in the process behind fitting replacement windows, our uPVC installation guide is here to make sure you’re prepared beforehand, and that you understand the process as it takes place in your home.

END_OF_DOCUMENT_TOKEN_TO_BE_REPLACED Prices you CANNOT miss out on! Find out more about our special offer for new customers in January 2019.  Please fill in the form below to claim your offer.

END_OF_DOCUMENT_TOKEN_TO_BE_REPLACED Rebate on all orders placed for January

We all appreciate that January is usually a quiet month in this industry due to its obvious reasons; therefore we have decided to offer the following discounts to our current trade customers in order to support January Sales.